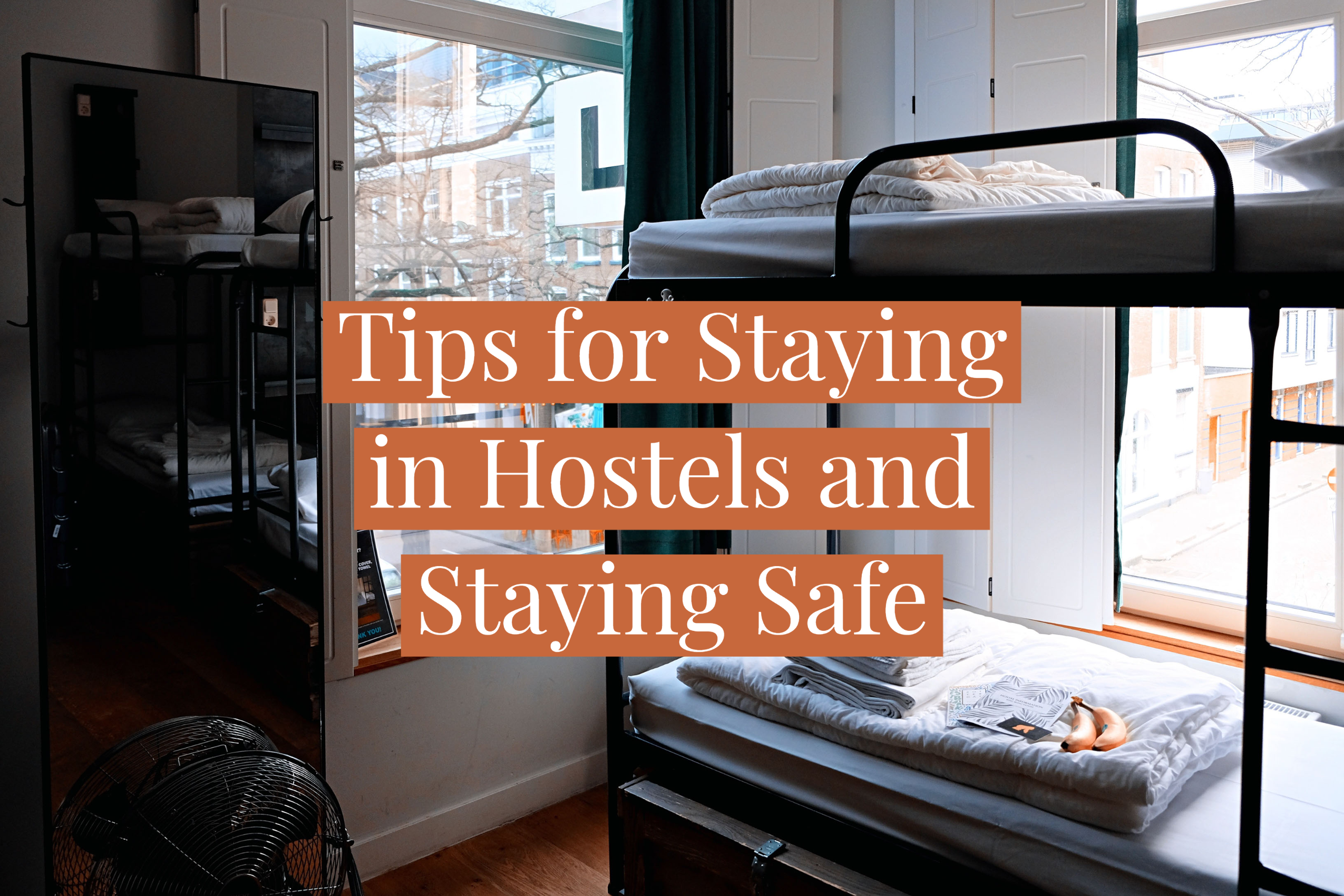 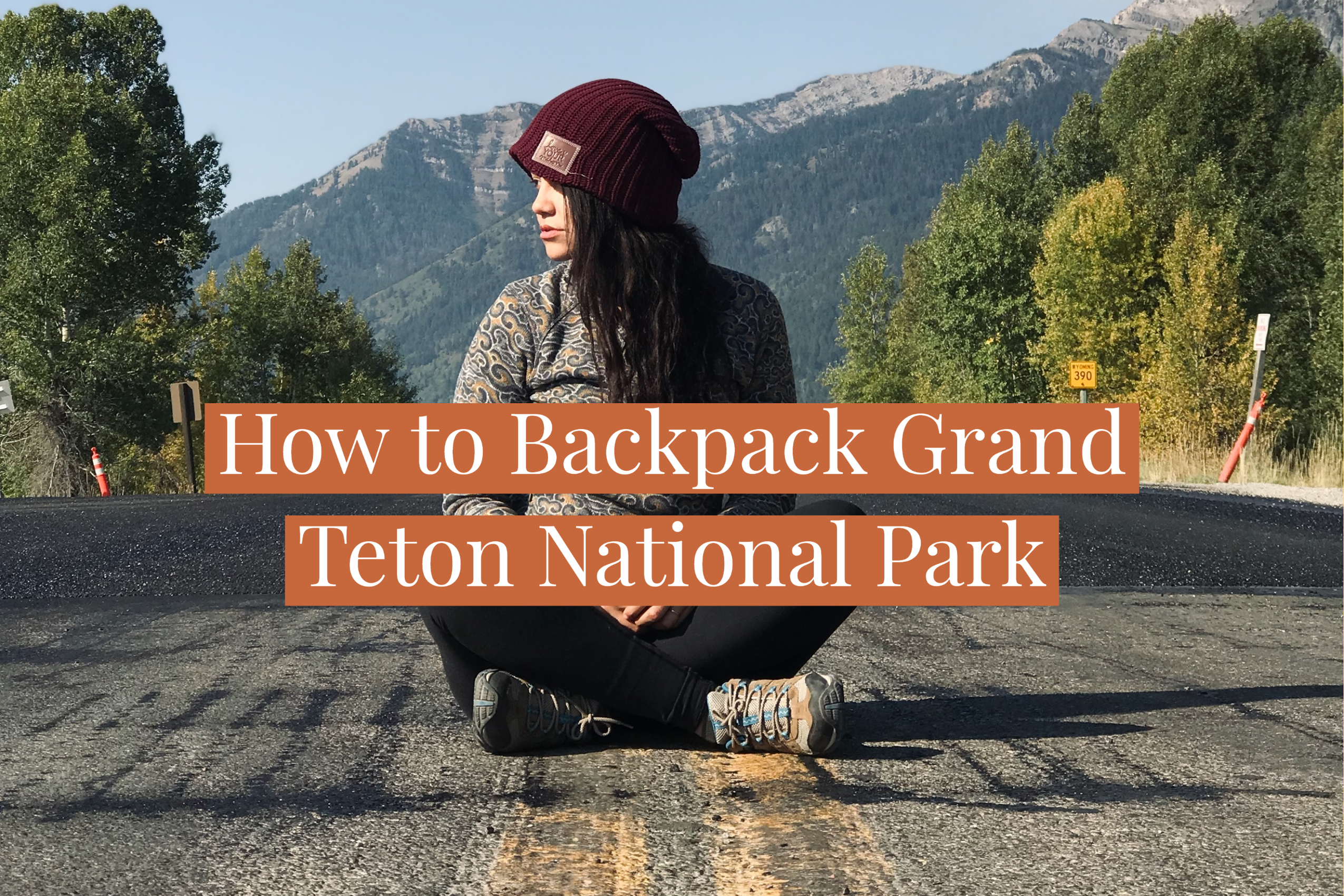 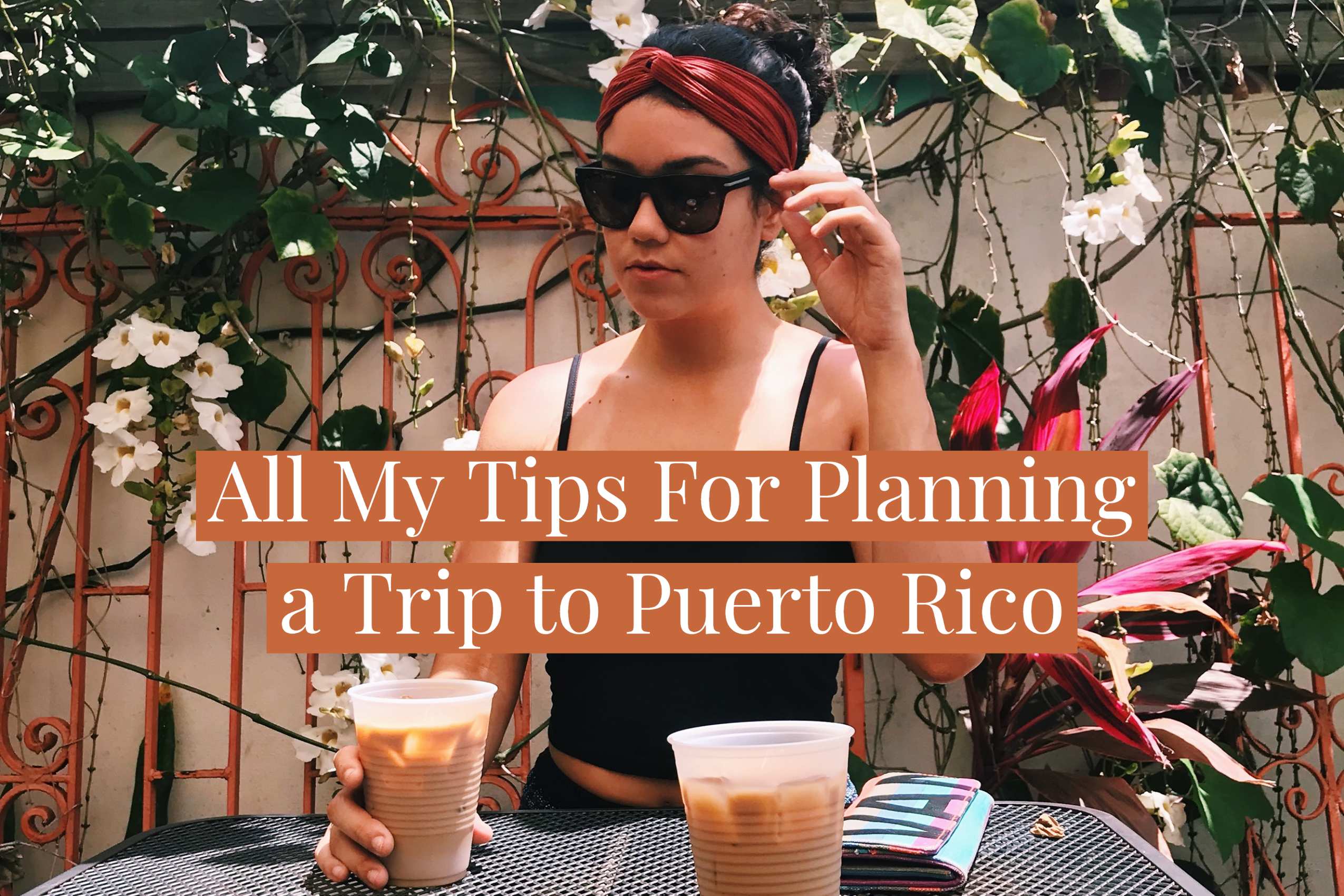 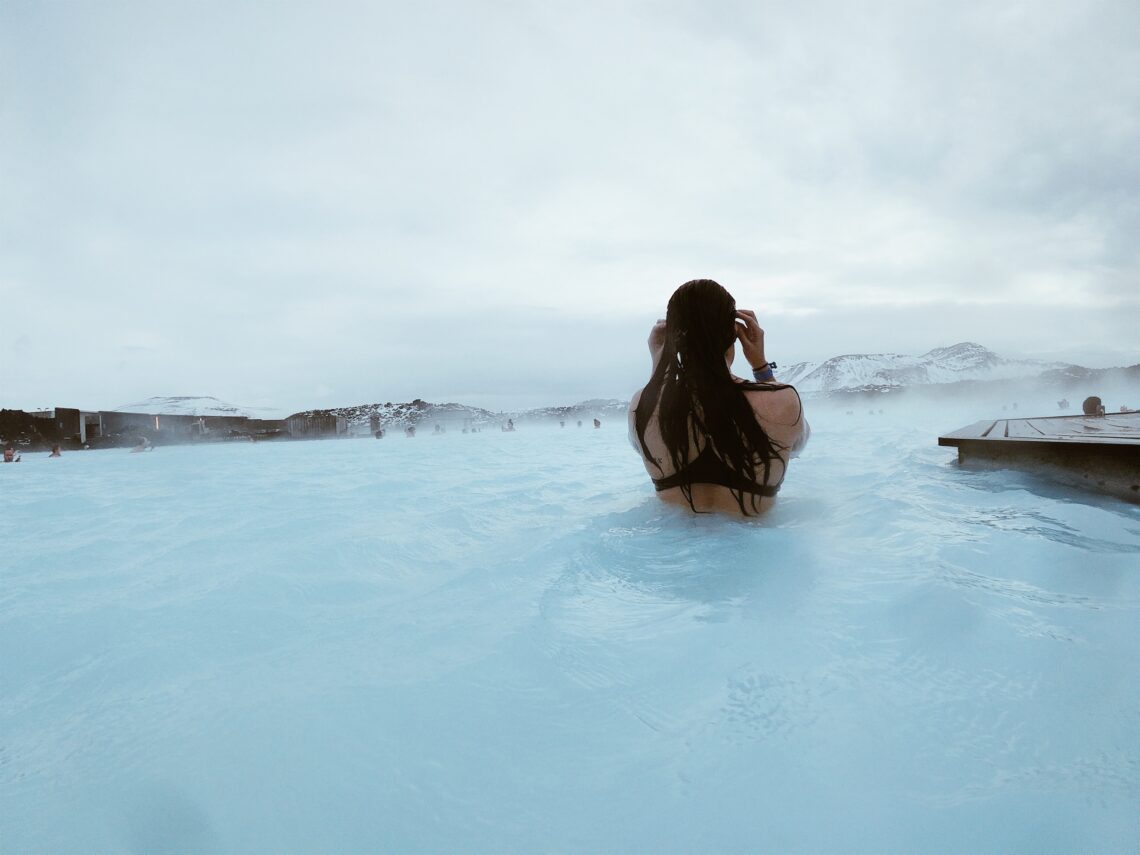 Camron and I started 2020 off strong with a trip to Iceland. I had been wanting to go to Iceland for a few years and kept putting it off. To be honest with travel you kind of just have to commit or it’s easy to find reasons why you can’t make it happen. At least that is the case for me, and that means just picking a date, pulling out the credit card and booking the flight. I loved Iceland and I can’t wait to go back during the Summer and maybe rent a camper van. While an expensive destination, it can be done on a budget and a very modest income. Here is a recap of our trip, I share specifics on some of the highlights and note some of the costs, all links are purely to be helpful and are not affiliate links. Let’s dive in!

We decided to book our flights from Salt Lake City to New York City and then fly from there to Reykjavik, Iceland. This did save us some money, though we spent that back and more in NYC, but we figured it would be cool to have a couple of days and nights to hang out in New York City. All our flights combined were roughly $1500 for two people.

Check out what we did in New York and get ideas of what to do in NYC on an overnight layover.

We arrived at the airport in in Reykjavik a day later than planned, our flight was delayed by 24 hours due to a snow storm. If you are traveling, and especially in the Winter do not skip the travel insurance! Flight delays were happening on and off all week during our trip. This can affect accomodation costs, needing extra accommodation, a change in travel dates, missed connecting flights, booking new flights, etc. One delayed flight could end up bringing you way over your budget.

The airport in Reykjavik is pretty small and it is also easily the nicest airport I have ever been in. On the way out, before we actually left the airport, you stop in a mart; it is duty free so I highly recommend picking up any alcohol you may want there. Alcohol in Iceland is pricey so it’s a good idea to get a pregame stash together. We grabbed some vodka, wine and other local liquors and headed to get our rental car. It all was priced pretty “normal” in my opinion, with the bottle of wine (Carnivor) around $10.00

We were picked up from the airport by the rental company and about an hour after landing we were on our way in a Suburu Crosstrek to our airbnb. Definitely get a four wheel drive vehicle if traveling to Iceland in the Winter…yes, even if you know how to drive in a lot of snow and ice (we do too). I also recommend renting a car so you can explore outside of Reykjavik. It gives you the ability to go out and do your own thing. It is pretty easy to drive there; a lot of roundabouts and a couple of different signs, but Google is really helpful for a quick decode. For GPS we used Apple and Google maps on our phones. We have Google Fi which long story short has been amazing for us. We can use our phones abroad and it does not cost extra. Car rental cost more than we expected, we thought it was around $300 for 6 days. From reading what I was booking, I thought I had added and paid for full insurance, but apparently it didn’t include sand, flood, and wind damage. We added the insurance because we did not want to have a $3,000 hold on our credit card in case the car got damaged; a couple scary stories later and I was like fine…charge the extra $400 for insurance.

We stayed at two places.we paid about 130.00 USD a night on average. The first place was in downtown Reykjavik. We did this so we could spend time in the outdoors and also in the city. We had to take a nap once we got there. I tried avoiding this, but I could not stay awake. Iceland has about 4-5 hours of daylight this time of year so a lot of exploring happens at night anyways. This also meant we had to be efficient about the things we wanted to do that needed daylight.

In reykjavik we spent time walking around and exploring downtown, we explored the stores, and bars. We have heard that people don’t really start to go out to bars until 2 or 3 in the morning, which actually seemed to be true. One of the nights we had dinner at Veganease. SO GOOD. Just do it. Even if you aren’t vegan, you’ll probably like the food. I easily would go back there.

We got coffee from a couple places but the one to go to is Reykjavík Röst. It is on the water (awesome views), it has a great vibe, the pricing is comparable to what you will find in any major city in the States and the coffee was very good. As for food in Reykjavik, there is everything from Pizza, to sandwiches, to fish and chips. I found out that people don’t seem to actually eat fermented shark, so you can probably skip trying that, I did.

We started driving the Golden Circle on the way to our second Airbnb, a little cabin near Laugarvatn that was about an hour and a half outside Reykjavik. Along the way we stopped to check out the landscape and take photos, (another key reason why renting a car is the way to go) and then we hiked in Þingvellir National Park. On the way back on the hike it really started snow and it was kind of blizzardy, it lasted for about 20 minutes. If you dress well with good layers you should be ok, you may just not be able to look up or see in front of you.

After hiking we headed to the cabin. We stayed there for three days, and I loved getting to be out in the middle of nowhere (kind of, a lot of farm land near by) It was such a cute space too, and it had a hot tub!

I highly recommend going to eat at the Fridheimar Tomato Farm! It is along the Golden Circle and it was such a cool experience. You have to make a reservation, but it being the off season I did this the night before for lunch the next day. You can email them on their website to make a reservation. You eat in the greenhouse where they grow their tomatoes. Everything is done sustainably, by geothermal energy; they even have bees in there to pollinate! It is actually really cool to see what Iceland does to grow food year round and in the colder climate.

The tomato farm has more than tomato soup on their menu, but it’s really good and it is buffet style served with bread. It’s also a more affordable option. Coffee was also included, and I am all about that. I don’t remember the exact pricing, but I think it came out to around 26.00 USD for our bill.

We stopped at efstidalur for Ice cream. It is a family owned farm, they serve Ice cream that is made from their cows. The cool part is they have windows from the dining area that look into the barn where the cows are. I got to see calves while eating REALLY good ice cream. They also have a restaurant and hotel if you want to check either out. I completely recommend going there and getting ice cream, it’s a fun stop along the way to Gulfoss waterfall and Geysir. I think the ice cream was roughly 6.00 USD.

We saw the Geysir erupt; yes it smells like sulfur, nah it wasn’t that bad in my opinion. It got really windy as we arrived at Gulfoss, we really tried to go see it but the wind and ice made it almost impossible to keep ourselves from falling…seriously. So, unfortunately we didn’t see much but from what I have heard it is a must see, and it will be on the list for future trips.

The night before we had to head back towards Reykjavik to go to The Blue Lagoon and then the airport to leave there was a storm warning. We were told by a local at a restaurant that we would deifnitely not be able to travel. So, not only would we miss the blue lagoon but we would be stuck two hours or so away from the airport. Again, get traveler’s insurance. We got so lucky, the wind was so crazy outside but by morning things subsided enough that we could travel. There is a website by the way where you can check road conditions and travel advisories. You can check it out here.

With the weather conditions we knew we were going to be driving slower, and be late for our Blue Lagoon appointment so I called and asked if that was okay. They were able to move our booking to the time slot an hour later, super easy. Heads up, I booked it a week in advance which I think you can get away with in the off season, but in the Summer I’d book earlier. Maybe book it when you book your accomodations or something like that.

The Blue Lagoon is touristy and can get crowded in peak season, but in January it was really nice. To answer the common question, “is it worth it?” Yes. Especially if it will be your first time in Iceland, then yeah try it out. It is a fun experience and if you are curious I say just go for it. Plus, I mean taking photos there is kind of fun. It is very pricey, we paid $75 per person for the basic package which comes with one drink. Pricing does change and goes up depending on time slot and date you book on.

I also want to note that there are other cheaper and supposedly better geothermal pools to visit around Iceland that I will definitely check out on my next trip. I am especially interested in going to Mývatn Nature Bath (also has the milky blue color) and Laugarvatn Fontana which I keep seeing pop up as better than the Blue Lagoon and less touristy.

Iceland is one of the most expensive countries in the world, but it is totally possible to travel there on a budget. What really adds up is tours, and unfortunately we were not able to do the glacier hiking tour or see the northern lights due to the weather. January is the snowiest month, and we were told that the weather was even crazier than normal. So keep in mind you may need to be flexible with your expectations and itinerary when traveling to Iceland. Iceland is one of the safest countries in the world though, people are friendly, and pretty much everyone speaks English.

So hopefully you are now convinced you need to visit, and I can’t wait until I can go back! 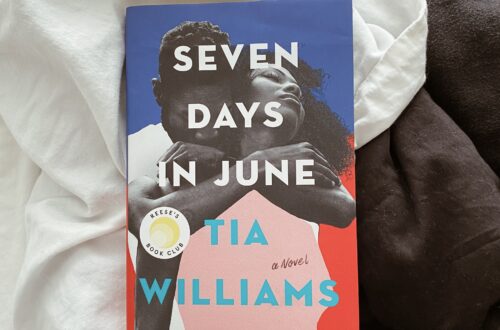 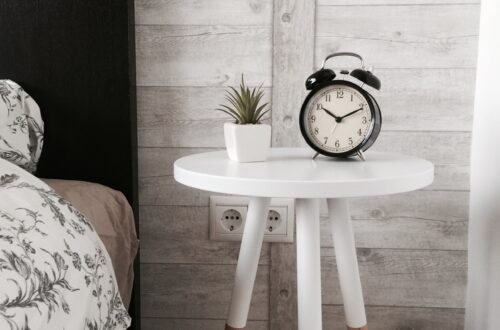 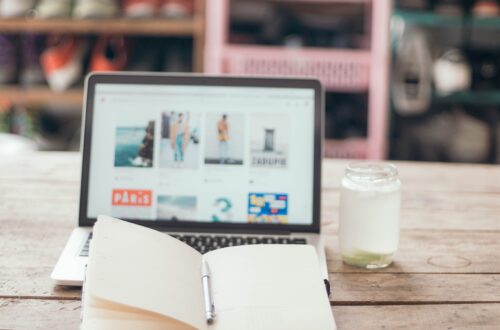 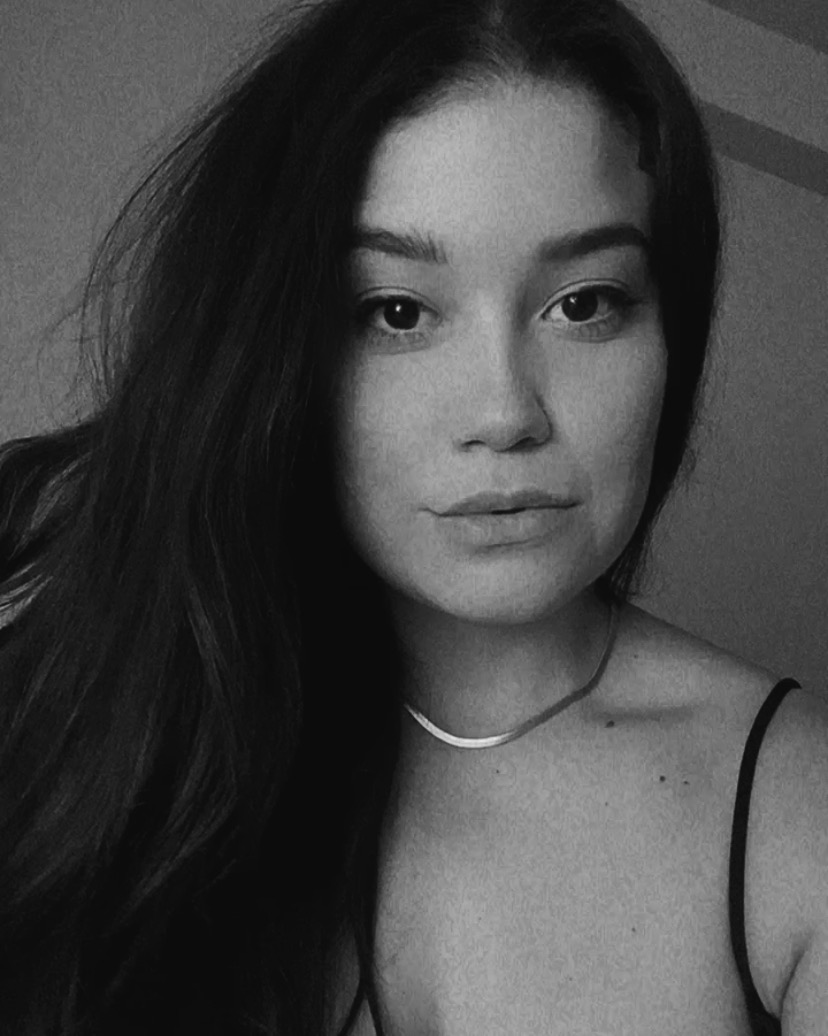